The Quantum Workshop is my secondary science-love-project which I run with Dr. James Millen, or 'Jams' as he is more affectionately known as (probably only by me). 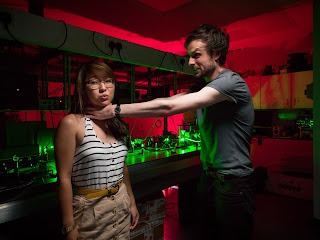 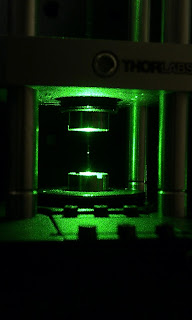 It currently consists of a perspex box that houses a 2W green (532nm) laser which is levitating dust and ash particles. What makes this super awesome is that you can visibly see the particles levitating.

Since March 2012 we've been to science festivals all over the UK including the Oxfordshire, Cheltenham and BA flavoured ones. We've also done talks in some unique locations such as for the Pervasive Media Studio in Bristol, Spitalfields Market and The Lamb Pub [featured as the hot event in The New Statesman].

For more updates head to the official website: www.thequantumworkshop.com 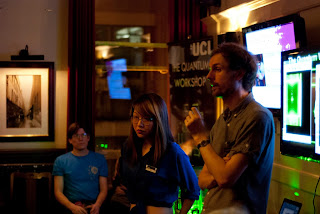